What You Need to Know About International Custody and Child Abduction 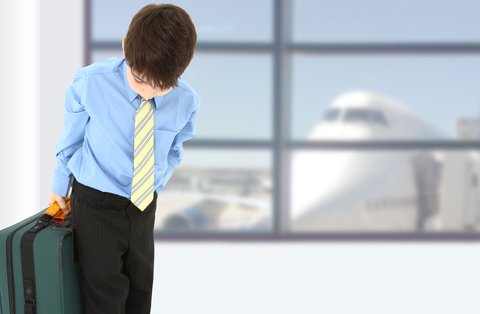 What You Need to Know About International Custody and Child Abduction
NOVA Estate Lawyers – Leesburg, Virginia

Child abduction is one of the most heartbreaking events than can happen to any parent and is one of the most emotionally-charged areas of family law. It can also involve diplomatic involvement, especially when different countries are involved.

Some countries may protect a parent from being forced to return a child if the abducting parent is a citizen of that country and takes the child to travel there, then fails to return the child to the other parent at the end of the visit. These countries refuse to sign treaties that allow them to have such international custody matters determined by The Hague or by the domestic courts of the country that was the child’s “home state” prior to being removed by the other parent.

Personal experience for the Law Office of Patricia E. Tichenor, P.L.L.C has been in dealing with the country of Brazil, which is only a signatory to the New York Convention, but still fails to facilitate the return of children who are essentially abducted away from the United States, even if those children are U.S. citizens.

There are several conventions and treaties, including the 1980 Hague Convention on the Civil Aspects of International Child Abduction, but a country unwilling to sign or to have its government ratify the ground rules for international abduction and custody fights means it can be a serious emotional and financial battle to gain return of a child once he or she is removed from the United States.

The 1980 Hague Convention on the Civil Aspects of International Child Abduction also resulted in response to the increasing occurrence of parental child abduction and has resulted in different approaches to interpreting the key concepts of the Convention, thus prompting discussion of the issue.

What to Do if You’re Involved in a Parental Kidnapping
If your child or children have been kidnapped by the other parent, we urge you to take action right away. Talk to an attorney. Talk to us. We are experts in family law issues. We need to begin processes immediately and will counsel with you to set the necessary steps in place.

For this, or any family law issue, feel free to contact Attorneys Patricia Tichenor and Camellia Safi at the Law Office of Patricia E. Tichenor, P.L.L.C. Please contact us today.

Highly recommended for very efficient work and quick, clear responses to all my inquiries.

Attorney Patricia Tichenor recently helped me create a Revocable Living Trust Plan and updated powers of attorney. I was delighted… Read more “Highly recommended for very efficient work and quick, clear responses to all my inquiries.”

An Attorney Who Is Always There When You Need Her

It is with with great pleasure to recommend attorney Patricia Tichenor for your legal service. When my husband was at… Read more “An Attorney Who Is Always There When You Need Her”

We recently moved to Virginia and were told by our accountant that we needed new wills. After a google search… Read more “Excellent Service”

Trish assisted me with updating my Trust. She was thorough and took complex legal topics and made them understandable. She… Read more “Professional, Integrity, Experienced”

Knowledgeable, Efficient and Worth Every Penny

Ron and Nancy B.

In our mid-seventies, my husband and decided it was high time we got our affairs in order. We found Patricia… Read more “Professional, efficient, knowledgeable”

Attentive, patient, and kept me informed every step of the way.

Life can bring many changes such as marriage, divorce, birth of a child or all of the above just to… Read more “Attentive, patient, and kept me informed every step of the way.”

Patricia worked with us to draft our various estate planning documents and did an excellent job in doing so. She… Read more “Excellent Service”

It’s with GREAT PLEASURE that I write this review. Contemplating divorce was not easy and thinking about which lawyer to… Read more “Compassionate and Experienced Attorney”